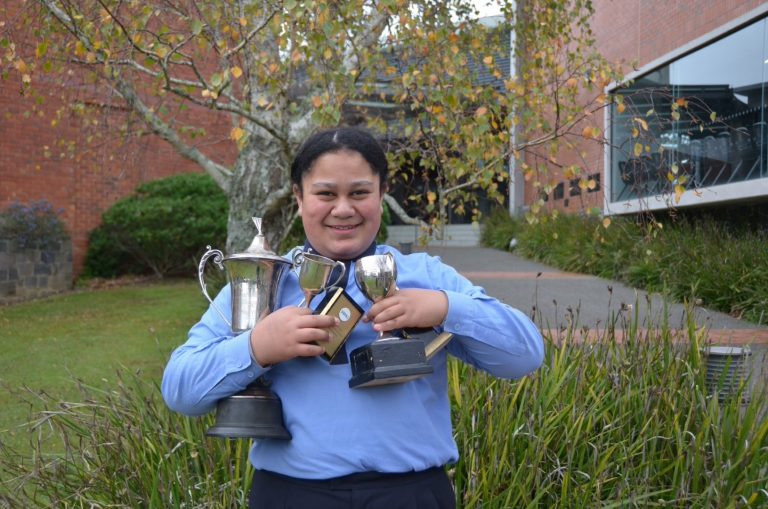 During the July school holidays, Sam Mataele (Year 8) entered the South Auckland Performing Arts Competition. This was the first ever vocal competition Sam has entered and he came away with a total of five prizes. An outstanding effort from someone so young.

Sam sang in a total of 4 classes. He won the 12-13 Years Junior Championship which consisted of three different classes, after placing:

In the Restricted class he was awarded:

Sam sings in the Junior Choir at Sacred Heart and he is also in the Premier Concert Band playing Flute.